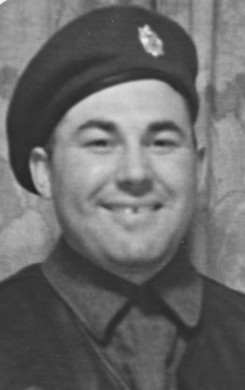 English-born Fred Barnett of Lot 7, Concession 6, served with the Royal Canadian Army Medical Corps in England, France, Belgium and Germany. While stationed in England, he married English born Isabel Gibson. After the war Fred returned to West Zorra and Isabel followed shortly after.  They farmed for a while in West Zorra and then purchased a farm in East Nissouri Township. When Fred retired they moved to Embro, Ontario.

Did you know? John Duncan Green was recruited on May 21, 1918 to serve with the 1st Depot Battalion during World Wa… https://t.co/CQRWz0txNQ

Did you know? Sgt. Norman Martin of the 8th Reserve Battalion, born near Kintore, requested to revert to Private in… https://t.co/L02GJMmKQX

Did you know? Herbert Edward Shipton was a gunner in the Canadian Siege Battalion during World War I who was killed… https://t.co/6E770pwcmO

Did you know? George Green served in the Embro Rifles during the Fenian Raids. Discover more at… https://t.co/5eBF6aBGiq